In Defense of the Virgin Lover

The initial courtship is slow.  We flirt so often that I find myself unsure as to whether my intentions are coming across or not.  We hold hands as though we’re pre-adolescents, and when my actions finally reveal that my intentions are considerably less-than-pure, I begin by kissing his fingertip.  His brows quirk when I slide my lips down his skin, taking the finger into my mouth up to the first joint and dragging the tip of my tongue lightly along the inside of the digit.

I have been warned, time and time again by assorted parties, that I shouldn’t have sex with virgins.  One of my oldest and dearest friends warned me against it several months ago.  Another friend, when I mentioned that I was pursuing a virgin, said, “Having sex with virgins sucks.  You’ll have more fun with someone else.”

He doesn’t bother feigning confidence, initially.  He shudders with a mix of anticipation and nervousness, and it feels a bit like I’m clutching a doe.  I’m almost unsure about whether he loves or hates the thing that I’m doing to him.  He tenses up as the gentle strokes on his back turn to scratches and I sink my teeth into the sweet flesh of his shoulder.

Thousands of arguments have been made on behalf of the confident playmate.  We talk up the self-assured lover with oodles of experience.  I have seen considerably less arguments made on behalf of the shy, self-doubting virgin.  During a conversation with Omnihim (one half of my favorite deviant couple in the world of sex bloggers), he pointed out that, in having sex with someone virginal, I was giving him a much-coveted initiation into the world of sex.  I was a little baffled by this idea initially – I only know one person who had all of their first time experiences with another virgin, and the individual in question still sees that partner with rose-tinted glasses that are so thick that I’m led to believe the girl really might have a gold-plated cunt and diamond nipples.  Then I started thinking on a more grand scale.  While virgins outside the gender binary don’t exist in the public eye, and virgin women are praised for their purported “tightness” and the “innocence” that begs to be despoiled, virgin men are stigmatized.  As a person with a vagina, I can attest that we hear warnings of unwavering devotion (which can be a negative if undesired), clumsy fumbling, and general cluelessness.

He embraces me in the dark as I lay on my back.  His fingers are as slender as his arms, and despite being inexperienced, are moving effectively across my groin,  working the wetness up toward my clit before swiftly delving back inside me – one finger, then two.  He complies when I tell him that I need him to curve his fingers up.  His teeth tug at my earlobe insistently, and his breath is hot and heavy in my ear, “Oh god, I want you…”

Many fine examples of how gender roles have shaped our society can be found in the virginity stigma.  Women that lose their virginity, enjoy sex, and are confident in their sexuality are “sluts.”  Men are “meant to be dominant and experienced,” so woe betide the virgin male.

No one talks about the benefits of having sex with someone less experienced than you.  Apparently, we’re all supposed to spring forth from the womb like Athena from Zeus’s skull, popping out as sexual mavericks with a full repertoire of mind-blowing techniques.  Where are the people singing praises about the fact that I can ask him to finger me just so without affronting his pride?  What about the fact that he acknowledges that I’m hard to get off and that he’s still exploring his technique, so he doesn’t take it personally if I don’t come?  There are so many things that I enjoy more because he’s seeing them as he causes them – the look of ecstasy I make when someone pulls my head back with a fistful of hair, the way that I shiver when lips hit that spot on my neck right below my ear.  The look on his face after he brought me to a squirting orgasm was worth all the money in my bank account.

We’re writhing against one another, covered in sweat, my hands twisting as I draw them off the head of his cock.  Between kisses, he asks me to touch his ass, and I grab it ferociously, squeezing the soft flesh and causing his back to go rigid.

In my experience, the two “virgins” (near-virgins, at the very least) that I’ve been with have been attentive, inventive, and most importantly, eager.  They have anticipated and adapted to my needs well ahead of many of their more experienced predecessors, and responded well to my requests to do something differently.  One might say, “That has to do with the person, not the person’s sexual experience.”  Yes, perhaps, but both of the virgins that I’ve been with have been people embodying those qualities.  And to be quite frank, neither of them were as fumbling and clumsy as you might think.  In fact, my now-deflowered playmate surprised me with his well-aimed bites and his dexterous hands.

I’m not saying that you need to go out and yoink someone’s “v-card.”  Regardless of how attached someone may (or may not) be to their virginity, that’s a good way to step on toes and hurt feelings.  I’m simply trying to help clear up some of the anti-virgin-male sentiment that is floating around my culture for no good reason.  If you’re interested in a person who happens to be sexually inexperienced, bear with them and give them a chance.  I write this post as an ode to the virgin men of the world.  While they may not be as widely-appreciated as they deserve, they do have a place in my heart.
(And my vag.) 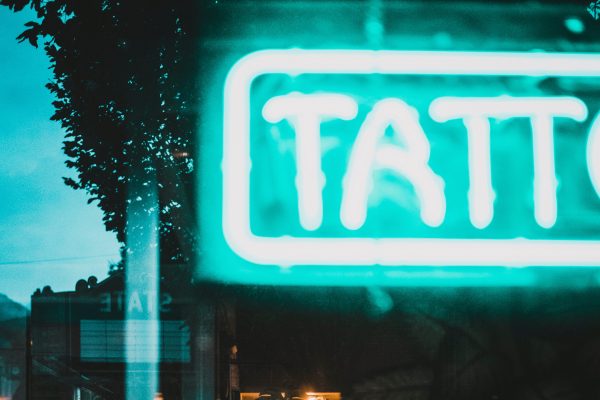