Self-Esteem and Growing Up Fat

I spend a lot of time ruminating on the fragility of self-esteem and how difficult it is to maintain in our society. How many female-identified people or people raised female can say they have a high opinion of themselves? My self-esteem problem has always been my weight. As an adult I’m a pretty confident person, but I carry a lot of baggage that stems directly from being fat as a kid.

I have always been considered obese since I was about 5 years old. Recently I was talking to a female friend who is roughly my size. She told me that growing up she never really felt like she was very fat; she wasn’t really picked on because of it. That’s the exact opposite of my own experience. 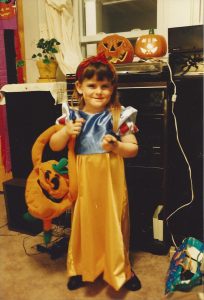 I was surprised to hear she never really felt like she was very fat as a child. So many women can recall how young they were when they started thinking, “I am fat.” I can’t remember how young I was when I first thought I was fat and ugly because I simply can’t remember a time after the age of 5 when I wasn’t ridiculed for being fat and ugly. I spent my childhood years painfully aware of my size, feeling like my body was quicksand in which my personality was mired. I can’t remember the first time my fat ass knocked a cup off a table; instead I have had a lifetime spent ever-vigilant against my swinging, protruding body parts that were prone to breaking things.

She said she didn’t want to curl up and die if a seatbelt didn’t fit. I do own a seatbelt extender; while it’s not required in every car, I harbor a great deal of anxiety when I get into a vehicle that isn’t my own.  Sometimes the plate won’t even come near the latch. Sometimes the plate will come so close to the latch that if I were merely just an inch smaller it would click into place. If I don’t have my extender with me I just sit in the backseat and hold the seatbelt against my body, knowing full well that I could be killed if we have an accident. For a brief moment – when the seatbelt can’t latch – I look forward to that possibility. 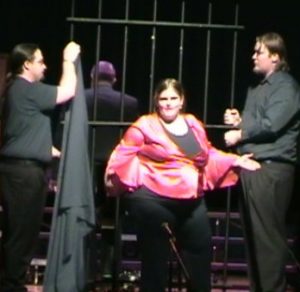 As a teenager she never felt like her thin friends deliberately excluded her. When the tides of bullying calmed I found myself treading water alone off the coast of an island. All my friends were on land, tall and thin, surrounded by boys and attending parties while I floundered, cold and tired, in the depths of self-hatred.

I was surprised to hear she didn’t diet as a child.  I drank Slimfast before I was 10 years old. I poked at my plates and hated myself for not liking salads more. I spent lunch periods sleeping in my creative writing classroom so that no one would notice I wasn’t eating and I wouldn’t be awake to feel hunger pains. I tried restricting my food intake while I participated in sports teams and marching band hoping the activity would shave off a few inches, but I would inevitably quit after the season ended because I had lost no weight.

It doesn’t seem like she spent her nights looking at pro-anorexia blogs and wishing that she had an eating disorder. I would stare at photos of women whose bodies were shutting down on them and think two things simultaneously: “If I had willpower I could do that,” and, “I am a horrible person who doesn’t deserve to live.” The longer I stared at thinspiration the more I hated myself for envying women who had a deadly, legitimate mental illness. The longer I stared the more I berated myself for lacking the willpower to stop thinking that way, and, more importantly, to stop eating.

She has absolutely never fantasized about mutilating her body. Once a week I stand with my hands on my hips and press as hard as I can, willing them to narrow at least two inches. I can grab the fat hanging from my upper arms and squish it in my fingers, clutching it hard until the pain reminds me that it might not be to my benefit to rip it from my body. I still look in the mirror and sometimes see myself grabbing great chunks of fat from my belly and cutting them off like one would slice a ham.

If you asked my current peer group, they’d probably guess that I have a lot of self-esteem. Some days I actually feel that way, but others are not so great. My youth was a mental minefield. That positive self-image didn’t come to me until I was in college. My esteem is a delicate thing, like a spider’s web that takes days to recreate once someone has ripped through it. I wonder if it would be different if our culture didn’t shame and disrespect the obese. Feeling good about myself is an uphill battle, so I’m amazed when I meet people my size who are love themselves.

My friend had a pretty happy childhood and today she is well-adjusted; she doesn’t feel like I do about myself, and she didn’t grow up like I did. Meanwhile, I am surprised on the rare days when I can pretend I grew up like her.