Dear Glamour: Say What You Mean

I read an interesting article in Glamour the other day. This article was by a nice young man named Jake. Jake’s column is called, “Jake: A Man’s Opinion.” As a new reader of Glamour I was instantly relieved that they took the time to ask a man his opinion on something, because when I’m flipping through magazines aimed at women there are two things I want to see: make-up tips and what men have to say. I think that on the whole everyone in my readership can agree that women (Glamour’s assumed audience) in particular never hear enough male opinions.

Anyway, here I am flipping through a “women’s” magazine filled with ads for fashion design by men, perfumes by men, and articles on how to meet men, and I find this piece written by a man titled, “We Need a New Word for Cuddling.” It’s an opinion piece where Jake tries to be funny while he pleads for us to abolish six words from our dating and sexual lexicon: cuddling, chemistry, G-spot, make love, doggy style, and orgasm.

I hope you’re wearing your rain slickers because there’s a storm a-brewin’.

In Jake’s opinion the word “cuddling” is juvenile and you can’t have a serious conversation when you use it. “Say ‘cuddling’ five times out loud and you instantly feel like a five year old.” Okay, fine, you know, I will admit that there’s something about the “dl” sound in cuddling that does make it feel youthful. I will also admit that cuddling, by nature, is something that many of us associate with young things: we cuddle our kids and we cuddle baby animals. Jake thinks we should call cuddling “couch time” or “pillow time.” Because those don’t sound childish at all.

“I don’t want a science experiment; I want a connection. (But I don’t want to say ‘connection,’ because that’s too New Agey for a first date.) How about ‘vibes’? ‘Dinner went well – we had good vibes.” I could say that with a straight face.”

“Connection” is too “New-Agey” but “vibes” isn’t? In my mind Jake has morphed into a beach bum carrying around a guitar and a bong. Anyway, whatever you want to call it is fine with me. I like vibes, but I think that when Jake says good vibes he’s not talking about my kind of good vibes. 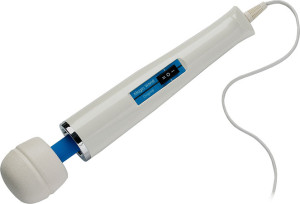 “G-spot: I feel gross even typing that. But it’s not just something you can ignore. Can we just call it ‘the zone’? As in, ‘You are totally in the zone now.’”

Why does G-spot make him feel gross? Because it’s in a vagina? Because of that study that claimed that female ejaculate was nothing but pee? I mean, blessedly for Jake’s girlfriend he recognizes the G-spot’s importance, but he never explains why it’s gross. Did he have a run-in with a G-spot in the midst of a bacterial infection? Has he seen a horror movie where a woman’s G-spot exploded in a rain of spiders? Does it have to do with pus? I think everything is gross with pus.

But I don’t think any of those things happened. I don’t know what happened. What I do think is that it’s pitiful that a grown-ass man is frightened and disgusted by the very mention of the G-spot. It turns him off! What a shame for Jake, because some of us are turned off by his alternative, which makes me think of football and city planning while my vagina dries right the fuck up.

“Make Love” is up next, and he thinks it sounds like something you’d hear in a Saturday Night Live skit. His alternative? “Melt.” I have no opinion one way or the other on “making love” but I can say with certainty that I don’t want to replace it with the word for what a face does when you look at the Ark of the Covenant. You’re not batting a thousand here with your suggestions, Jake.

We’re finally approaching the end of the list. “Doggy style” should be replaced with “wrestling” as far as Jake is concerned. I’m sorry to tell you this, puppy play enthusiasts, but Jake is certain that no one wants to be compared with a dog. “I repeat: no one.” All I have to say about this is that if we took Jake’s suggestion I would actually watch Wrestlemania.

Jake’s complaints that I have the most issue with are the obviously ones where he says certain words are “gross” or “too clinical”. One person’s discomfort prevents him from using real adult words to say what he means. This is like when we deny children agency over their bodies by calling their genitals things like, “Wee-wee,” and “Coochie,” because we’re too ashamed of words like vagina and penis. It’s ridiculous. Words have meaning. Say what you fucking mean.

Jake ends his article with, “And next time you’re melting with your boyfriend, I hope he’s in the zone.”

What a sweet sentiment. This is for you, Jake: 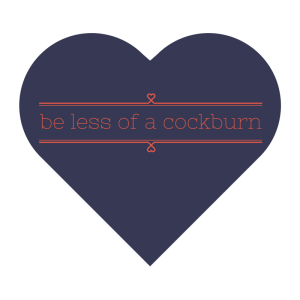 The Gap
Review of Showtime’s Submission
The Creep Factor