One of the most important people in my life, the slutling, is taking a haitus from school, and we’re also taking a hiatus from our relationship (for other reasons).  These two events were pretty much independent decisions, but the end result is about the same: I’m single.

So naturally, now that I’m single, every rock-hard infinitesimal cock with an ego the size of my ass is messaging me on OKCupid.

The A&F Chubby Chaser mailed me, and I was immediately skeptical.  We had a 58% match percentage and his profile included information saying that he was s student, an Abercrombie & Fitch employee, as well as a day trader.  It also said that he was good at sports and”schhol” (sic).  The six things he couldn’t do without were “God. money. women. my friends. clothes. and i guess more money” The most private thing he was willing to admit?  “umm… your ugly.”

So clearly, we were going to be a good match.  But you know, despite how poor his profile was, he had impeccable spelling and grammar when he first messaged me… so we exchanged a few messages.  He pretty clearly had a one-track mind.  He went from asking me why I was up so late, to saying he liked me because I was different, to asking if I liked weed, if I liked threesomes, and if I had girlfriends to play with.

Then he asked to swap nudes.

Sorry dude, I mean.  My naked body is on the internet, but I’m not handing that shit to you within five minutes of messaging.

“Well I would eventually like for you to place foreign objects in my ass and spank me like a naughty toddler. ”

Well, I mean… I’ve done that before.

“Do you have a phone number?”

“Of course I have a phone number. How else would my parents contact me?”

Clearly, my values weren’t getting through to him, because he then sent me his number, and told me to text him.  There was no way in hell.  After ten minutes with no response, he said, “I, ned [sic] you to make my penis orgasm.”

And that was that, and I thought that chapter was OVER.

Apparently not.  I got a message from him three or four days later (last night) that said, “Stick a finger in your butt.”

TAKE A HINT, DUDE.  I realize that you’re probably very popular with women because your neck is as thick as your head and you work at a store that won’t even let me take two feet inside without all eyes falling on me, but if I have stopped messaging you, we are done talking.  If I did not give you nudes or swap texts with you, it’s not going to happen.  Moreover, I keep getting an increasing amount of anecdotal evidence that for some men, working at Abercrombie & Fitch correlates with being a chubby-chaser… and believe me, while I only want to fuck someone who is aroused by the very sight of my voluptuous frame, there’s something about a chubby-chaser that I have nothing in common with contacting me that pretty much tells me that he just wants to fuck me ’cause I’m fat.

Did I mention his profile says he’s looking for women ages 18-99?

IF YOU’RE WARM AND WILLING, MY BODY IS READY. 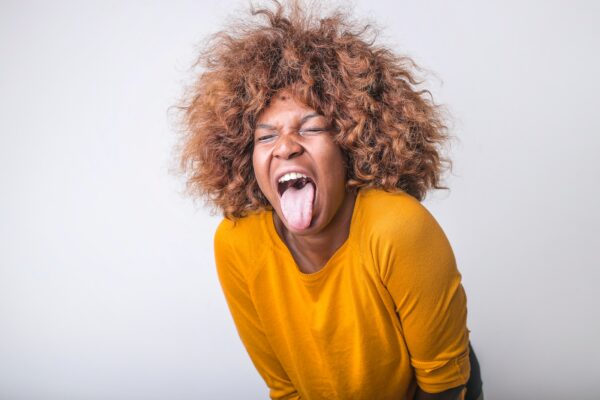 The Creep Factor
Dear Glamour: Say What You Mean
Online Dating Mistakes and 5 Steps to Avoid Them