I’m definitely a self-proclaimed brat.  If I’ve got a smart-assed remark, I just have to get it out there, because I’m hilarious and the entire world must know it… even if I’m supposed to be an obedient little girl.  (I’m only a “girl” when I’m a little – never a boy – but my gender associations when I play certain roles are a can of worms for another post entirely.)

Because of my own mouthiness, I certainly don’t take (much) lip from the slutling… but I let him get away with it sometimes.  I have to let there be allowances somewhere, right?

He did me one better and sent me a video.

That warranted a reward, right?

I mean, that was truly going above and beyond the call of duty.

I plugged him up, pulled out a pretty pair of panties for him to wear, and was going to bestow a treasure trove of delights upon him… but then he fucked it up.

As I was lightly slapping his ass, he said, “Master, are you going to keep patting me, or are you actually going to spank me?”

Oh hell to the no, slutling.  Master don’t play that.

I wailed on him.  I spanked his right ass cheek so extensively that I couldn’t feel my hand.  I threw in a couple blows on the left for good measure.  When I finally got tired of exerting myself by punishing a mouthy little slut, I opted to take the easy way out and introduce the slutling to a slightly more severe brand of impact play, by bringing in the Rippler.

Except I wasn’t going to fuck him with it.  That would be too kind, since he was begging me to peg his ass.  The point of this wasn’t to gratify him.  I was just going to give him what he’d asked for – a real spanking.

Is the slutling going to mouth off to Master again?

I didn’t think so. 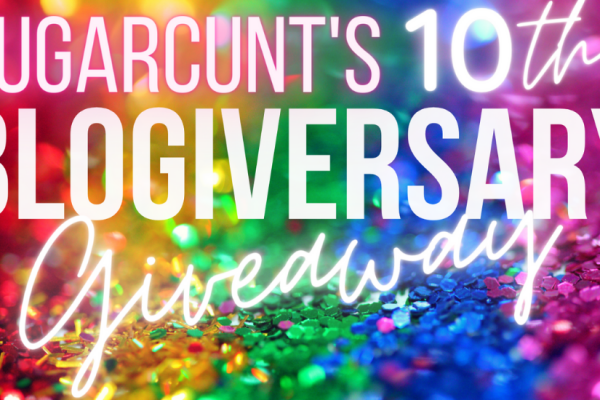