I’m sure that you’ve heard about the contraceptive injection for people with penises – or, as it is called in the headlines, “the male birth control,” “the male pill,” or “the male contraceptive injection.” I put all of these names in quotation marks because I wanted to make this distinction up front: this is being called “male birth control,” but I fully acknowledge that some men do not have penises and testicles, and not all people with penises or testicles are male.

In places where the reproductive organs are directly pertinent to the discussion and I am not quoting specific language that other people have used, I will try to make it entirely clear which reproductive organs are being discussed. I will use this language because genitals do not indicate gender, and because broadly generalizing all people with uteruses as women and all people with testicles as men is cissexist. Intersex, trans, and nonbinary people exist, and are also regularly harmed by sexist oppression and the medical community, but the point of this post is to address the double standard inherent in the existing dichotomy that western culture has distilled gender down to based on sexual organs.

A 320-participant trial of a contraceptive injection for testicle-owners (all identified as men in the study) was halted when 20 of them dropped out because of the side effects. According to the Chicago Tribune, one participant did commit suicide, but the researchers ruled that the suicide was unrelated to the injection. So other than the dead person, these 20 people with penises decided that they didn’t want to endure depression, muscle pain, mood swings, acne and changes to their libido. Even though 75% of the participants said they would use this contraceptive in the future, the researchers stopped the entire trial because the injection DID reduce sperm count, but “the unfavorable side effects may outweigh any further findings.”

Those reactions to the contraceptive injection for penis-owners are just a few extremely common side effects (among many others) that uterus-owners are encouraged to endure for the sake of preventing pregnancy. In addition to those potential side effects as well as cramps, sore breasts, headaches, migraines, weight gain, heavy and painful periods, no periods at all, and bleeding every single day, people with uteruses who choose to take the pill must also accept the well-documented risks of deep-vein thrombosis, stroke, and cervical and/or breast cancer.

No one is saying that the people who dropped out had to stay in the trial. Most of us who are criticizing the abrupt end of the trial are just saying that halting the entire trial because of those side effects is completely unjust when compared to how people who are perceived as women are treated by the medical community. All of these side effects of the birth control pill for people with uteruses are usually deemed “minor” by doctors who prescribe the pill, and were acceptable enough that the hormonal birth control pill was approved by the FDA in the 60s, and dozens of variations of it remain on the shelves today. Doctors say that “the benefits outweigh the risks.”

So in a world where the onus of preventing pregnancy is very often placed on the partner with the uterus, they have more hormonal contraceptive options than people with penises, but are also denied basic autonomy in regard to tubal ligation and hysterectomies. Many doctors in the US refuse to sterilize patients who could be impregnated until they’ve either already had at least one child or have reached a certain age (I’ve heard anywhere from 30 or beyond, depending on the whim of the doctor). The other contraception options aren’t all great either, which means the pill is sometimes the best choice for a lot of people. Doctors will hand hormonal birth control pills out like candy, and not all doctors tell patients about the side effects and mortality rate. Is the fact that a person taking the combined pill has a small chance of dying is just a pesky footnote to the medical community? To put it in short with gendered terms: the chance for a woman to die is an “acceptable risk” to medical professionals, but the trial for the men had to be stopped because of depression and mood swings – two known symptoms of existing hormonal birth control that patients with uteruses have been encouraged to tolerate for literally half a century.

Yaz and Yasmin, two hormonal birth control pills for people with uteruses, were advertised as more effective for reducing unwanted hormonal birth control symptoms, and their side effects were severely downplayed. That’s not opinion – that’s actually what the FDA ruled after a bunch of lawsuits were filed against Bayer, the company responsible for Yaz. The FDA made Bayer change their ads to be more transparent about the risks, and though Bayer eventually changed the commercials, they still weren’t disclosing enough information about the risks. Three years after the FDA’s warning about the commercials, an FDA document acknowledged that studies raised questions about the safety of Yaz and its related contraceptives. In 2008 the FDA put a more serious warning label about the risk on the packaging. Over 10,000 patients have filed lawsuits related to Yaz against Bayer.

The reason I mention Yaz is that when people with uteruses are involved, the benefits always seem to outweigh the risks. There is no shortage of birth control pill brands on the market, almost all considered equally effective at preventing pregnancy, but doctors are still prescribing Yaz, and the FDA still permits it to be sold. Yet when researchers start testing a hormonal birth control option “for men” they STOP THE TRIAL because “unfavorable side effects may outweigh any further findings.” In fact, a direct quote that the co-author of the research paper gave to The Independent stated:

“Although the injections were effective in reducing the rate of pregnancy, the combination of hormones needs to be studied more to consider a good balance between efficacy and safety.”

I’m sure that most of us agree that people with any configuration of reproductive organs deserve effective and safe contraception options, but the only symptoms of this injection that made themselves apparent during the study were symptoms that were considered acceptable risks for people with uteruses.

If this double standard doesn’t stand out enough on its own, consider the cultural context: studies have shown that men and women are treated differently in medical settings, particularly those involving diagnoses of severity and pain management. The research paper The Girl Who Cried Pain cites multiple studies that demonstrate this. One study coined the term “Yentyl Syndrome” – women are less likely to be treated as aggressively [as a male patient would be] until they “prove that they are as sick as male patients.” Men are more likely to be given narcotic painkillers, while women are often given sedatives, indicating that perhaps they are perceived as anxious instead of “in pain.” In a 1994 study of over 1,000 cancer patients, they found that women were significantly less likely to have their pain adequately managed than the men were; the ratio is 1:5.

In an online survey of over 2,400 women living with chronic pain, 75% (1,732 of them) said that their doctor has told them: “You’ll have to learn to live with your pain.” If you’re interested, you can read a collection of anecdotes along this line that were gathered from the write-in portion of the survey.

People with uteruses are not taken seriously in the medical community. We’re always told that we’re exaggerating, that we’re just anxious, that we can’t be sick because we don’t LOOK sick, or that our medical conditions can’t be solved. Got a uterus? Doctors and the FDA think that when it comes to oral hormonal birth control, “the benefit outweighs the risk.” Got a penis? The trial for your hormonal birth control option ended because “the unfavorable side effects may outweigh any further findings.”

From where I’m standing, a desire to protect people with penises from unpleasantness coupled with the willingness to put people with uteruses through painful and potentially lethal side effects is not health justice. It is not equity to shield the privileged from the same side effects that the oppressed have been resigned to for decades, especially when doing so continues to place the burden of hormonal contraception on the oppressed.

We need to push for equality and an overall higher standard of care in the medical field, especially as it pertains to people who are already marginalized. The first step to doing this is acknowledging the imbalance of power and the violence inherent in the system. The next step is action. 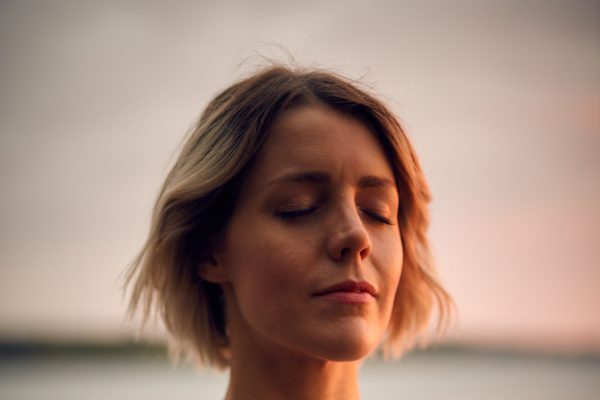