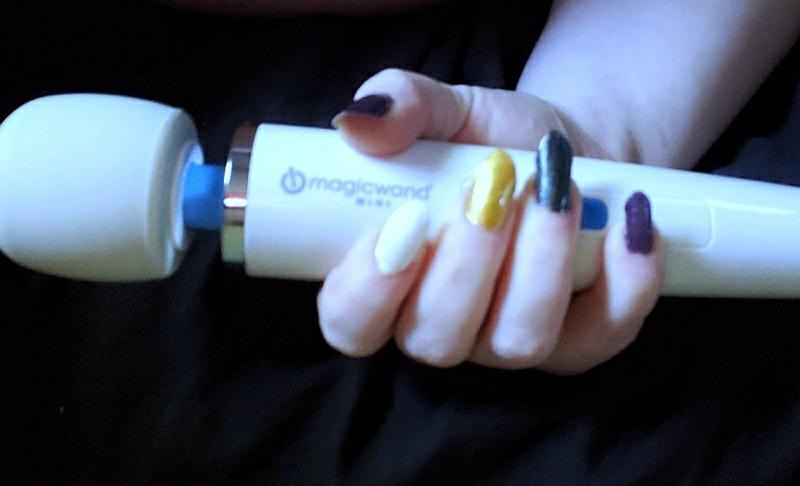 Now, about a decade later, Hitachi dropped their name from the Magic Wand branding, they’ve released variable-speed and rechargeable versions, changed the toy’s head to silicone, and lo – the Magic Wand Mini is their latest offering. SheVibe thought I might want another bedside buddy, and they figured a Magic Wand Mini review would be a good way to find the next one!

This isn’t even a list. My only real complaint is that the charging cable uses a proprietary connector (AKA a funny plug shape specific to these products only). In an age where damn near anything can be charged via USB-whatever, this is a bummer.

I actually can’t use mine right now because my cord disappeared. If you have money to blow on extra cords, great! But there’s just no reason I can comprehend to create a connector that looks like this other than getting more money from customers. I AM AN ADHD WHIRLWIND, GIVE ME USB.

Should I Replace My Hitachi Magic Wand?

If you already have one of the old Hitachi Magic Wands or a Magic Wand Original, you might be wondering if it’s worth an upgrade:

Thank you so much to my pals at SheVibe for sending this toy in exchange for an unbiased Magic Wand Mini review!