Highlights From the First Ever Jerkathon 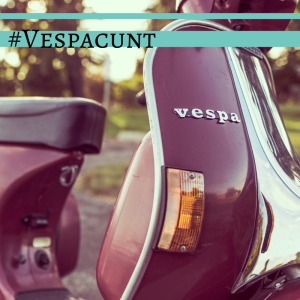 The Jerkathon began as so many jack-off sessions do in Sex Blogger World: With the We-Vibe Tango.

I found that the Tango was actually pretty awesome once my hood piercing was removed, because it covered more of my clit and did a lot less rattling. I was blown away by how stealthy it was!

This thing is so quiet. I can barely hear it with it nestled in my vulva. What I can hear sounds like my clit is riding a scooter #Jerkathon

So then I considered rebranding.

I think even typing the word “spidercunt” set my arousal level back three minutes. Do not do as I have done. #Jerkathon

But VESPACUNT, now that’s a name! My clit needs a little head scarf and ovesized glasses and maybe a long cigarette holder. #Jerkathon — Sugarcunt (@SugarCunt) May 1, 2015

And then I delivered the best sex toy burn known to man:

Not that my clit smokes, in my mind. Unless I hold a Hitachi on it for too long. BAM, magic wand burn. #Jerkathon

You’re welcome. Then my good friend @Sex_ational came up with “clitfemme” because my clit sounds like an adorable little femme in a head scarf and big glasses.

The Tango didn’t get me off, but it got me started, and then I moved on to the next toy: a Lovehoney G-spot Rabbit. The closest approximation available now is their 50 Shades branded rabbit.

The vibe was really difficult to get in for some reason, and then I couldn’t get it to turn on and I was baffled. I had to completely remove it just to discover that all my issues were because I was pressing the wrong damn button… then I had to put the thing back in. The entire time I used this vibe I kept complaining about how it felt like it should go in more but just absolutely would not.

WHY WON’T THIS RABBIT VIBE GO IN MORE? Seriously wtf is going on down there?! #Jerkathon — Sugarcunt (@SugarCunt) May 1, 2015

I tried really hard not to be biased by the fact that the previous owner of this rabbit hated it, but it was hard not to be hateful toward this toy because it just was NOT very good.

WHAT’S THIS? A HANDSOME VULVA WOEFULLY UNDERPOPULATED BY BEES? A LARGE INFLUX OF BEES OUGHT TO PUT A STOP TO THAT. #Jerkathon

I PROMISE that I was trying super hard not to hate it for the sake of science, but @TeaseForTwo was not being very helpful with that.

Eventually I just gave up on it.

Rabbit out,has about as much juice on it as it did when I put it in. Amazing since I’m pretty sure my vag was drying up around it #Jerkathon

This entire session was tricky because I didn’t have any water-based lube in my house (and still don’t… d’oh).

Have I mentioned I’m out of water-based lube so I’m relying solely on my natural lubricant since these are silicone? #Jerkathon — Sugarcunt (@SugarCunt) May 1, 2015

I might have to hop back on the clit scooter just to get moist again. Fuck that rabbit SO much. #Jerkathon

Held down the button to turn Tango back on and it beeped and didn’t turn on. I legit yelled, “NO!” #Jerkathon — Sugarcunt (@SugarCunt) May 1, 2015

Fortunately it started working and I was scootering back to moistville. I decided it would be time to pull out the Cush and was reminded of my poor life choices.

And the Cush emerges from the bag, carried on a wave of french fry stench. #FryVagina #Mistakes #SexToyReviewerLife #Jerkathon

Ouch, even that dual-density kind of hurts when you’re not moist enough. My vag was like YOU MUST CONSTRUCT ADDITIONAL PYLONS #jerkathon

Strangely the Cush was putting a lot of pressure on my rectal cavity or something, because my ass felt pretty full. It was uncomfortable at first because of the lack of adequate warm-up, but then it started to feel really good. My Midori wasn’t doing it for me though so I got that Tango back out and IT DIED ON ME IMMEDIATELY. I experienced what I call “vulval rage.” I said some things I didn’t mean, and then I had to apologize for them.

So I finally just said fuck it and moved to the next toy. I was reaching the 2 hour mark.

@SugarCunt Your #jerkathon has been going for 2 hours now. I’m impressed, amused, and worried about what I’ve signed up for

Apparently the Adventure has a cycling mode. Which might be more interesting if it even attempted to touch my clit. #Jerkathon

The Adventure is an interesting vibe. It’s supposed to be a triple stim, but it’s honestly just not long enough to do that adequately for most people. It hits me far enough below my clit that the vibrations don’t really carry up to it. @TaylorJMace asked where it hits on me and I was trying to get a good sense of it, but then I couldn’t feel my urethra with my fingers.

Eventually I tabled the urethral search and got back to jerking it. The Adventure’s vibrations are nice and rumbly.

What I will say for the Adventure, though, is that it’s the first vibe where the vibrations feel worth a damn when it’s inside me #Jerkathon

Now that I’ve finally orgasmed I feel so at peace. I can barely smell the fries anymore. #Jerkathon — Sugarcunt (@SugarCunt) May 1, 2015

If you’d like to read the entirety of the tweets just check out the #Jerkathon tag! 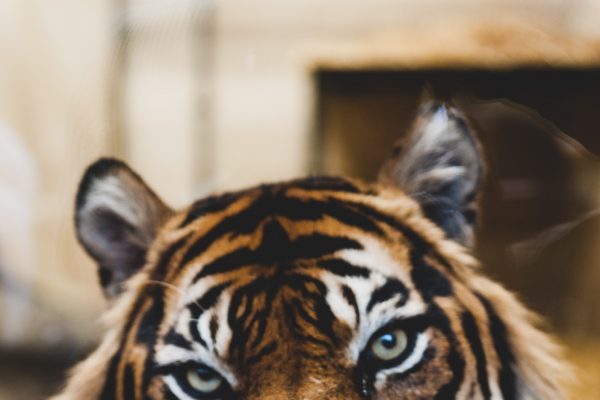