If you want to skip to the drinking game, in which my dastardly machinations promote death via alcohol poisoning, just scroll to the cut.

Jack Hutson e-mailed Epiphora asking her to review his book.  She heard of his attempts to snag a review, and had also heard that all of her fellow bloggers had either declined or just ignored the e-mail.  Appalled that no one had told him off for being a jerk, she said, “Hell to the no.  You’re a sexist pig.”

He then proceeded to solicit every sex blogger that she links to on her site.
I’m on that list.

We knew about Jack Hutson and the book because we’d been ridiculing the site a few months earlier.  “It’s so misguided that it’s funny,” we said.  “It’s gaudily designed! The information is crap!”  We NEVER expected that he’d e-mail us asking us to review it.  I invite you to formulate your own opinions about the site – his marketing method, his design, and the contents of his book cited there!  To my understanding, you can find it by googling it. (At least, that’s what Jack told me to do when he introduced himself and mentioned his book.  If you click the link to Epiphora’s tumblr, you can see the e-mail he sent to all of us.)

Instead of curling up in a corner and wailing, “I NEED AN ADULT,” repeatedly, I agreed to review his book because I didn’t really expect it to make me do that.

(Spoilers: Sometimes, it does.)

to women all over the world.  I genuinely want to help them to free themselves, learn how to give great head, and have the best time ever with the men they like.

Jack Hutson writes in a style similar to Tucker Max, who aims to be the 21st century’s Bukowski without wasting his time on poetry.  He thinks nothing will get your man off more than you (an assumed cisgender female) taking your role in the “natural order of things” by being a “submisive slut.”  In fact, in the book and the website, he tells you that if you don’t give good head, your man will find someone who will.  He says most guys will leave you for a girl who gives better BJs than you.  He says his divorce was necessitated by that fact that she gave bad head.  On his website, he utters the “horrible truth,” that, yes – that other person your man could go to might even be a prostitute.  (GASP! Sex work? Say it ain’t so!)

As I already said, how you feel is how he will feel.  So, let’s recap – you have to change

“He should be happy that I made the effort to be on my knees and suck his dick, I hate doing this”
Into >>>
“I looove sucking his dick, mmm, it feels so good, I love the taste of it, I wish I could keep on sucking it forever, God, I’m so happy he let me suck on it, it’s the most beautiful thing on Earth, Aaaah”

“I am giving him head”
Into >>>
“He is giving me incredible pleasure from letting me suck his hard, tasteful cock”

Okay, y’all.  Here’s the thing.  I don’t hold back.  I go down there without asking.  I voluntarily stick my face down his pants when I’m ready to roll.  And yes, he is letting me suck his cock, and yes, I am getting pleasure from it.  But let me be totally honest.  While I care for my partners, and find them sexually appealing, the opportunity to put a cock in my mouth isn’t exactly a privilege that I had to pry from his cold, dead fingers.  Sure, he’s letting me administer fellatio, but it’s not like I had to beg him for the chance to make his eyes roll back in his head.

You’re right, Jack, I’ll just put equality out of my mind while I’m sucking dick to promote the “natural order” of the world. /s

And be feminine… you have to be a real woman, not some feminist. I don’t know how a lot of you girls got the impression that guys love tough, dominant chicks – no, we don’t. And the guys that tell you that only tell you so you’ll think they’re nice. These guys make me throw up.

No, we don’t want a manly woman; we want a woman to be a real woman, feminine, gentle and loving – and most importantly, sexually submissive to her man.

Oh good, I’ll keep that in mind when my boyfriend is begging me to tie him up, sodomize him, and call him a little slut.  Sorry if  we made you barf a little, Jack.

You can also have great sex with soul and r’n’b music – I love music made by black folks, they really have a sense for music and they know how to make really good grooves for sex.

If you really master giving blow jobs, all doors will be open for you.  I can’t even explain how many girls suck at giving head – just by being better than them, you are in a major advantage.  Sex is important, and sex without blow jobs is like driving a car that has really small space for gas.  It gets boring to go to the gas station every five minutes – so sooner or later, that guy will want to buy a new car – a car that has A LOT of gas space.  Funny example, but that’s how it is.  I never cheated on girls that gave amazing head – because all my needs were satisfied – so I didn’t even need to think about cheating.  I broke up with them for different reasons, and it was always hard for me to leave those girls – because a good blow job is hard to find.

Let me strip the shit I slogged through down to advice that you could have paid a psychic hotline to receive:
The cool thing is that when you empty out all of your “fun” money for the week or month or whatever to buy his book, you also get a REALLY long FAQ.  In the post-script after he finishes the text of the book, he tells us that the FAQ is BETTER than the book, and more than worth reading.
Then why the fuck did I just buy the book, Jack?
He also states that he’s writing “a new book about sex, anal, talking dirty, and other kinky shit.”

While reading this, my brain actually needed something to do.  (That tells you how much brainpower the text required.)

CW: alcohol/fake drinking game:
I’m not a big drinker, but this book made me want to pick up the bottle… and smash it over his head.

Instead, I proudly present to you the Jack Hutson Drinking Game!

Optional partnered version: Go through the book with your partner, each of you reading a page at a time.  The person reading has to drink alone, unless an article below has an asterisk (*) beside it.  If a condition fulfilled has an asterisk, you and your partner both drink the mandatory number of shots.

*He mentions being dominant or submissive.  (Take two shots if he uses any variation of the word “natural” in this context.)

*He says that the man is a king, and you are his queen.

He uses a smiley face.

He suggests something you’ve already done as if it’s the most inventive and original idea ever.  (This alone could have landed me in the hospital.)

He encourages you to get liquored up.  (Hey, you are!  Take three drinks for being so acquiescent!)

He uses the word “naughty.”‘

He implies that you may not get/keep men because other women are more attractive.

He uses a statistic that he has no citation for.  (Take two drinks if it’s a bullshit-sounding statistic.  This will be the case with all of them.)

He reminds you that your man needs to see as much of you/your face as possible.

He botches up some explanation of the anatomy of the penis and other sex organs.

He says something disparaging about feminism/feminists.

He reminds you about “the winning attitude.”

He insinuates that sex is the central point of every relationship.

*He reminds you that you LOVE being given the gift of cock.  You LOVE cock.  (Break the bottle and hunt him down if your interests precludes this.)

The “I Want To Drink Myself To Death, Literally” version:

Anytime he says something bigoted

Anytime he says something blatantly wrong.

Anytime he randomly bolds a quote.

None of my other friends involved in this takedown review blog anymore to the best of my knowledge. All their links are gone and broken, but they used to live here.

Epiphora didn’t review the book, but did an awesome round-up about our posts. 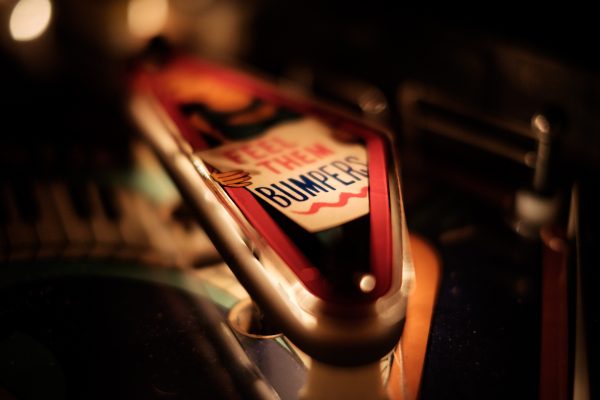