by Sugarcunt
4 Comments
[2021 Edit: There are some things I would change about this post now, based purely on changes in how we talk about transness (like doing away with the presumptive language of “assigned x at birth”), but this post is a fair representation of the language and views I and many other trans people had about our genders in 2011, so I’ve opted not to edit that language out despite understanding, now, that it’s quite counterproductive!]

This is the fourth post in July’s Gender Celebration Carnival!  Check out the post before me, by Curvaceous Dee, and be sure to check out Jane Blow’s post that will be published on the 13th!  If you want to get in on the action, click here to find out how!

I was laying in bed with my best friend, spooning her and thinking about what to write for this prompt.  When I read Lumpesse’s announcement about the Gender Celebration Blog Carnival, I was thrilled and knew I was going to participate.  I love gender, sexuality, and sex… I just wasn’t sure what I wanted to say about them for the July carnival.  So I started thinking about our lives.

I’m female-assigned-at-birth and gender-queer.  My best friend is a male-assigned-at-birth, gender-queer trans lesbian.  I also consider her to be something similar to my “primary.”  Even though we aren’t officially in a polyamorous relationship, she tends to my non-sexual intimacy and emotional needs in exactly the way that I need her to, and in ways that I’m not entirely sure that someone else can.

When I started this post, I was just going to talk about my gender-queer identity and how it reflected in my everyday life.  It probably would have put you to sleep, or sic’d the GENDER POLICE on my ass.  I think my point can be better made by ruminating in a sort of free-form style about how we live with (and without) gender.

My birthday is in early August, but her early birthday present to me was something I was lusting after – the Sailor Soft Packer from Good Vibrations.

Both of the people in the photo above have cocks in their underwear… so which of us is the masculine one, and which is the feminine one?  Are we both men because we have cocks?

Our society tends to assign gender based on the irrelevant factor of genitalia, and we tend to judge the actions of others based on whether we perceive them as being appropriate actions for a “man” or a “woman.”  On the first day of the Gender Celebration Carnival, Lumpesse blogged about masculinity and mentioned how her father told her that dropping the f-bomb “wasn’t very ladylike.”  In our society’s view, women are emotional, incapable, soft-spoken, submissive, and meet a certain standard of appearance.  Men are protective, dominant, strong, out of touch with their emotions, and are prized for their ideas and intellect.

Do I even need to point out the flaws in those roles?  How many people do you know that actually fit them?  My father has emotions, and my mother is anything but soft-spoken.  My parents butt heads somewhat regularly because my mother is a verbal-shit-slinging, irrational, domineering figure in their household.  (I love both of my parents very much, so these words are meant to be a statement of fact rather than a verbal assault.)  Yes, my mother did fit the feminine gender role in some ways, such as her (mostly) unerring, sentimental support for the things I pursued in life: tucking away my kindergarten drawings, print-outs of my seventh grade poems about homicide, award certificates from high school, and my diploma when I got my associate’s degree.  In other ways, though, her tendency to default toward gender roles clashes with how she wants to act.  She expects my father to manage the finances because men deal with the money, then she’ll get impatient and take control of them herself, or she’ll spend with no regard for the money they may or may not have.  Despite their tendencies toward the gender roles they were socialized into, they fight because, even though they both were raised to believe that my father should be in control because he has testicles, my mother can’t abide by that.  They’re losing their minds because even though they think they should, they don’t live in accordance with our society’s gender roles.

I prefer to live in “gender anarchy,” which is a radical-sounding term that I use to state my ideas toward gender because 1) it’s a decent summary of them, and 2) the part of me that is still 13 thinks it sounds badass.

My best friend and I live together as equals.  We do what we’re good at, and we do those things when we feel like doing them.  I carry heavy things (within my range) because I’m “super-butch.”  We nurture one another based on who needs it, not based on some absurd dogma; “I have a dick, I’ll protect you.  You have a vagina, so you be supportive and understanding.”  If anything, I’m more protective of her, and she’s more understanding of me.  Sometimes she’s the little spoon, and sometimes she’s the big spoon.  We divide chores evenly.

The point of this is not to brag, “Oh, gender-queers do it better,” or to be like, “LOL MY LIFE IS AWESOME BECAUSE I’M QUEER,” (on the contrary – my life is awesome because I’m awesome).  The point of this isn’t to attempt to define “gender-queer” or masculinity or femininity, or to tell you which you should lean toward.  The point of this is to make the case for living in a state of gender equality.  Sociological research proves that happier relationships are based on equality, rather than the enforcement of gender roles… because let’s just be honest: they’re based on the assumption of superiority because of genitalia.  There is no real science to the idea that a husband should dominate the household, or that a wife should care for the children 24-7.  I can understand how things developed that way in the past, but every century brings about new change, and as far as gender roles are concerned, the time for radical change is now.  How many couples will continue to suffer because they struggle to uphold the gender ideals that they were bred into, even though they don’t always fit?

My life with my best friend, who I consider my 24-7 “partner,” is built around equality.  Our genital configuration plays no role in whether we are emotional or detached, dominant or submissive, or the things we have an interest in.  Because we don’t assign these things, we’re free to express ourselves with the fluidity that all human beings crave.  As our moods and desires fluctuate, we can pursue them on our own whims.  She has a penis, and sometimes she’s the dominant partner, supporting and nurturing me, making decisions for us, and guiding me to my destination.  But other times, more often than not, I’m the dominant partner, and she’s my baby-girl.  I protect her, guide her, and boss her around.  We can express however we please without freaking the other out – she’ll pass me my dick, and I’ll dig her tits out of a pile of clothes for her.  I can be as sexually aggressive as I please, and she can be as disinterested in sex as she feels, because she knows that I don’t expect her to “take  the man’s role” and turn a kiss into a sexual encounter.  Our roles in the relationship are fluid.  These decisions have nothing to do with either of us being dominant or submissive (because in the bedroom, we can both switch, but do seem to have leanings, and they’re exactly the opposite of the roles we assume the most in real life), and nothing to do with our genitals.

It’s the freedom to be people, independent of gender.

No dogma.  No expectations.

How do you think being socialized into a gender role has had an effect on your life?  Would you consider living in “gender anarchy?” 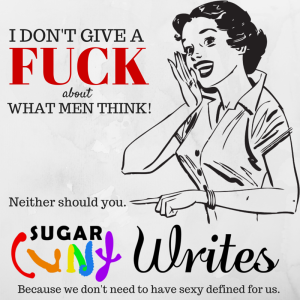 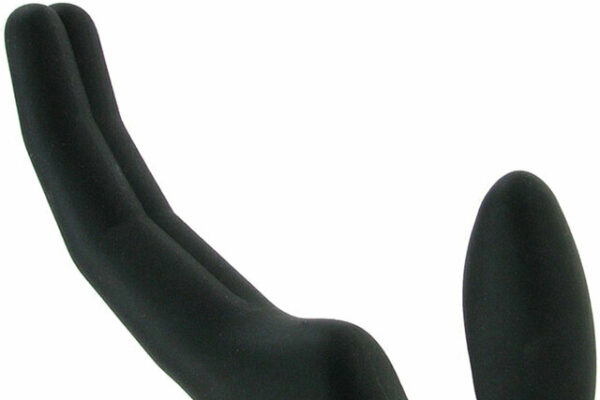 Wet For Her Four
You, Your Family, And “Coming Out” As Something