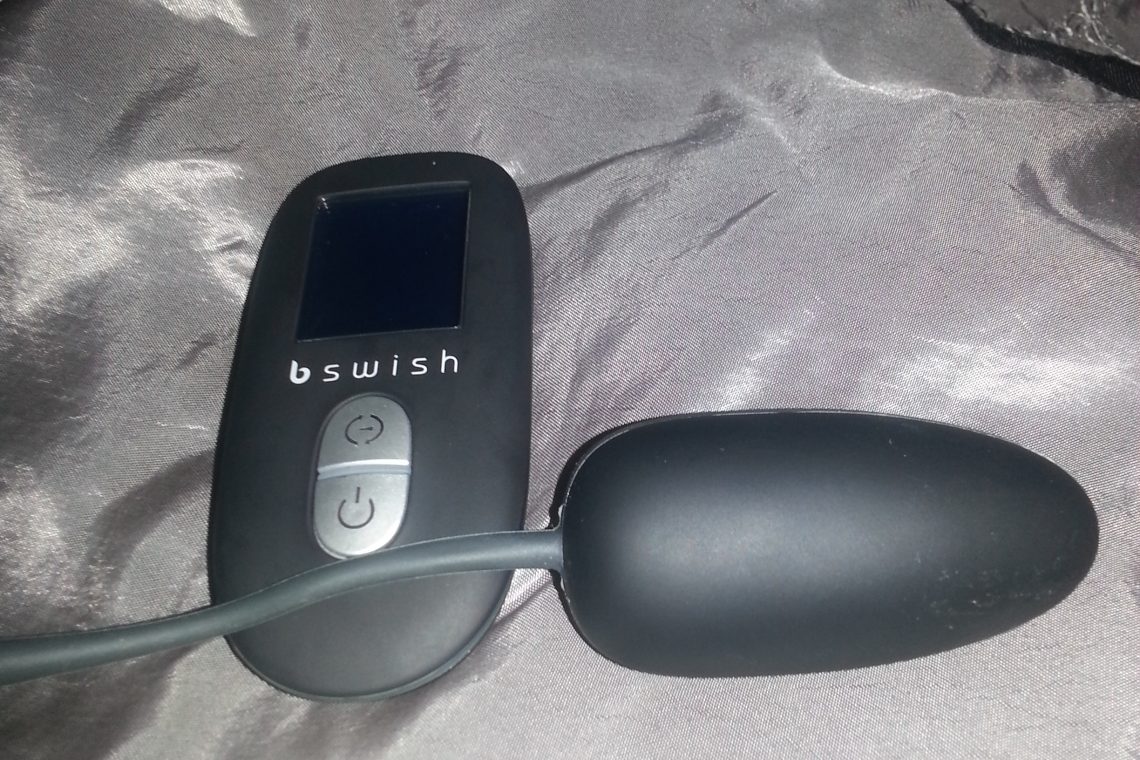 To be honest with you, I’m not quite sure what they’re unleashing.  I have an original bNaughty (we’re talking about the corded classic before they did the redesign), and I don’t think the Unleashed offers much more power than the original.

Wait.  “Unleashed” as in untethered.  Got it.  Suddenly I realize why my expectations weren’t quite met.

If you’re more into buzzy vibrations than I am, you might find that you have more fun with this toy.  The vibrations are also loud.  They aren’t Hitachi-loud, but they definitely aren’t whisper-quiet.  A lot of people imagine going out in public with a wireless bullet in their panties and the remote in their partner’s hand.  You won’t be doing that with this vibe.  For starters, the massive egg and its little tail would be inconvenient to shove in your underwear and keep in place.  But really, the biggest problem is the noise.  You’d have to go to a rave for the noise this thing makes to go unnoticed. 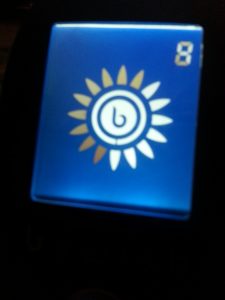 The vibrating egg also has a seam.  Two seams – one where the egg opens up to reveal the battery compartment, and one on the backside of the plastic strip that holds the batteries in.  You’ll need something very thin (a needle, maybe – a fingernail doesn’t get it all out) to clean the seam.  I don’t like the seam.  It would be one thing if the bNaughty Unleashed brought me to a roaring orgasm – that seems like a fair trade for the cleaning time.

I have another gripe, too.  It DIED ON ME 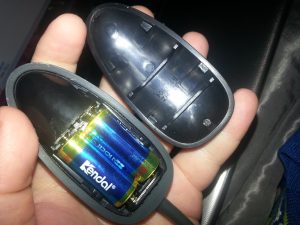 I used the bNaughty Unleashed roughly three times, and not for very long masturbation sessions.  When I went to write this review, I fished it out of its bag (did I mention it comes with a little black pouch?  It comes with a little black pouch), went to turn it on, and nothing happened.  I tried replacing the batteries in the bullet and it still didn’t work.  I had to change the remote battery as well.  The device takes three batteries – the remote takes one A23 battery, and the bullet takes two N batteries.  Kudos on finding the most obscure batteries you can think of, bSwish.

Also, if you don’t have nails long enough to get under the remote battery, good luck fishing it out.  I had to wait until I had long nails again before I could swap out the remote battery… absolutely ridiculous.  Every inanimate object that I used in an attempt to pop the battery out was useless to me, yet the battery came out easily when I slid my nail under it.